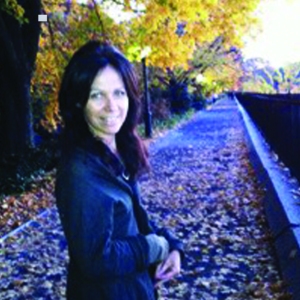 One of the rolfers who I worked with advised me that any structural changes we could accomplish would not hold until I addressed the state of my nervous system. He recommended Cranial Sacral Therapy, in general, and Anna, in particular. Cranial Sacral Therapy is a modality that uses a light touch, and a deep listening to the bodies processes and response to that touch. This subtle technique offers results that are often extraordinary. I found that regular sessions affected a gradual change and improvement in my condition. Just what are these techniques and how do they work? I interviewed therapist Anna De Pagan to find out. I have also included links after the interview for you to explore, for more information.

LT: Today I am speaking with Anna De Pagan. Anna is a wonderful therapist. Anna can you explain to me what sort of therapies you do?

LT: How is that different from regular Cranial Sacral Therapy?

AD: When I first discovered Cranial Sacral Therapy I was I was being taught I think more of a biomechanical model of working which is kind of doing an analysis, or diagnosis, of what is the movement like between each bone, between the sphenoid and the occiput and so forth, and then you would be doing kind of subtle adjustments.

LT: Physically, your hands on?

AD: Right, subtle hands on. Whereas the Biodynamic is much more of a different perceptual orientation. We’re not particularly looking at fixing the symptoms. There’s an awareness of everything that is going on in the system but it’s a much wider perspective, and it’s orienting to what is the health of the system. We are synchronizing with what we call primary respiration (see information below the interview) as being the organizing principle. How it’s expressing itself and the fluids in response to it. It’s like bringing this intelligence to the forefront, and we are in a relationship with these therapeutic forces.

LT: When you say the fluids do you mean the internal fluids of the body or do you mean something like an energy flow?

AD: It is interesting because it is not really about fluids. There are a lot of fluid systems in the body, the synovial fluid, the blood, the lymph, and these are all in relation to this but it’s actually like a living presence. It is something that contains consciousness, contains artistry, it has a continuity to it.

LT: Is it personal, is it like the energetic pattern that expresses who we are?

AD: Yes it is living, is spontaneous, it’s like a “fluid” field.

LT: If you are going to understand it in terms of matter would it be like an energy field?

AD: Energy is such a huge word, it is more of a living fluid continuum throughout the body, a living presence.

AD: A fluid field that can make choices. Actually, my experience is that they are creative forces. Now as I am reading more about neuroscience, it’s talking about how as much we were created as an embryo, it’s these fluids that actually have a precision, have a capacity to create. The also have the sense that it is what we are in touch with when we are regenerating.

AD: Yeah. It is different from fascia, it’s not necessarily connected to any anatomical thing, but is a living continuum throughout the whole body and it’s very easily influenced.

LT: In a negative and a positive way?

AD: Yes, and that’s what I think takes time in this work, is to cultivate the way that we interact with this. Because I have heard it described in a lot of different ways, and my experience also, is it’s almost like a shy animal and is very much described as our nature, our own personal nature so…

LT: Right, it hides from us actually, I think.

AD: Actually it hides from us if we are using to much will. Almost like if you went out into nature and you walked into the woods and everybody’s going to run away if you come in there making noise. There needs to be a sense of reverence and that’s part of the art and the science of this work. I say art because it’s really about aligning our perception. So that we are not drawing on one side of our brain or on our beliefs. We are really learning how to be very still and let it reveal itself, to emerge. Learning how to be reverent. It’s more of a perceptual experience when we are involved in this kind of work.

LT: Really. I know that when you worked on me, when I was seeing you regularly, I maintained more of a stillness for sure. I mean when you are actually working on me I am utterly still, after few minutes I’m just totally still. To be still is a miracle you know, for people diagnosed with PD, to be still without medication—even with medication. When you were working on me on a regular basis I was much more consistently still, friends would comment on how it seemed like my tremor had gotten better. I don’t know if you have any theories on why that is.

AD: Well I just believe this is such an incredible stabilizing practice to be engaged with, and I think it is amplified in the space when you have that kind of therapeutic relationship with somebody who is synchronized in that particular way. It really supports your system to be able to access that.

LT: So you are bringing me a space where I can experience that?

AD: Yes when I’m synchronizing with it I create a space where you can access your own stillness, your own…

LT: That makes me want to cry, you know, that’s so powerful, especially for people in this particular situation. Because it’s almost like your body is some sort of alien entity, you know, that’s decided to do these bizarre things. It doesn’t seem to be directed by your will. But to be in a place where we can be still, you know, we can feel connected to our bodies, it’s just a miracle. That really is a miracle.

AD: I remember having an experience with another person, an older gentleman who’s been struggling with Parkinson’s, and he had a very similar kind of response to that. In terms of the sense of connecting with more than just the disorder, or the chaos, or set of symptoms, and by accessing something else that was fundamentally underneath all of that, it supported him in creating a sense of other possibilities, of hope.

AD: Absolutely, and that’s one of the beauties of this and I would say that it’s also one of the differences in the Biodynamic model versus—there’s no judgement here because I believe there is a place for all of these forms of work…

AD: It’s just that I believe that sometimes what people choose to offer, what they are drawn to, what is the gift they give in the world for others is a sense of facilitating, and sometimes perhaps that is necessary before they can drop to a more subtle level, which I believe happens in the more Biodynamic model. Some people are drawn to doing that kind of work, and receiving it, because they have a sense of “my symptoms are being addressed,” they are being touched and handled, and feeling like, “yes I’m being taken care of.” And so it is sometimes a leap of faith to come into this other model, where there is so much more of the sense of the allowing, really allowing…

LT: This work is not a magic pill.

AD: Yes, and allowing the treatment plan to reveal itself without the agenda of what we think, where we think you should be, where the client should be. So it requires, I believe, a sense of trust in the greater, the larger process.

LT: Yes, I agree with you there.

AD: You mentioned earlier when you talked about the sense of the disorder, or of the chaos in the system when it’s doing something contrary to what is normal, one of the things that they say is that the fluid fields have this incredible intelligence that can actually work with re patterning the disorders. This is their job, actually, they do it with incredible precision. I believe that every organism, every person has this incredible sense of adaptability, that they are always naturally wanting to go to what is their utmost potential.

LT: It’s been an incredible pleasure talking with you about this and I know there’s so much more to say.

AD: There is. There are a lot of very fundamental principles, I think you touched on it when you said you drop into something larger than…

AD: And when the body/mind can have more possibility of the kind of experience where its direction is more towards the larger health of the system, I think that’s perhaps why you might experience more stillness, because it’s like that aspect of your being is being respected here.

LT: OK, so that’s what’s growing stronger. They say that what you focus on expands, it’s difficult with these kinds of symptoms not to notice (and focus on them)…

LT: So it’s nice to take time to notice something else.

AD: Yes that is part of the rewiring of possibility.

LT: For sure. Listen, I want to thank you so much for talking with me. I really appreciate it.